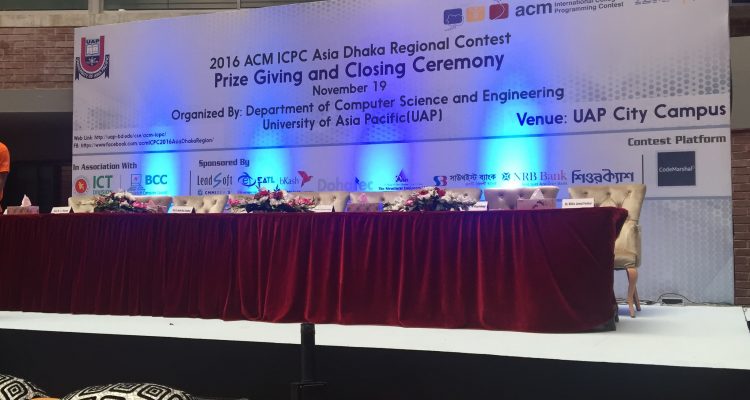 The most prestigious computer programming contest in the world ACM ICPC-2016 Asia Dhaka Regional held on 19/11/2016 at University of Asia Pacific this year. A total of 125 teams from 80 public and private universities from Bangladesh attended the contest. Three teams form department of CSE, Leading University, Sylhet also participated on that contest.

Team LU_Lethargic & team LU_Serious both solved 4 problems each and ranked 40th and 42nd place in the contest. Team LU_1_to_9 solved 2 problems and stood 89th position among 125 teams. All the team members of these three teams were very upset not to reach their true potential although this is the best result among all the private universities in Sylhet and also far better than most of the participated universities (Leading University ranked 15th position out of 80 universities).