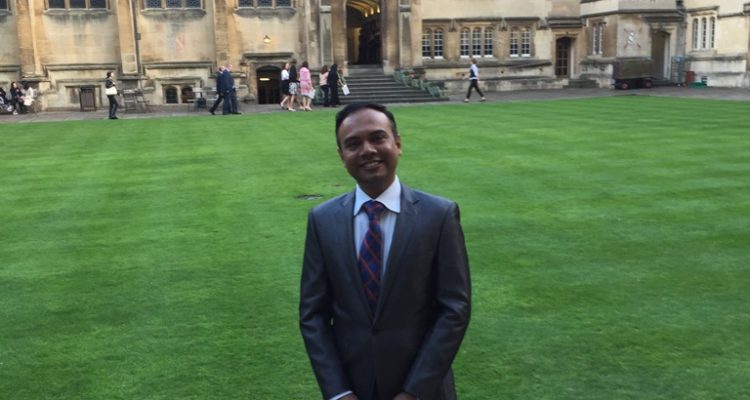 Muhammad Nazrul Islam, Assistant Professor and Head (Acting) of the Department of English attended Oxford University English Literature Summer School-2017 and Oxford University English Language Teachers’ Summer Seminar-2017 which was held from July 02 to August 05, 2017 at the Exeter College of the University of Oxford under the Department for Continuing Education. Participants from 30 countries around the globe attended both the programs. Mr. Islam was a residential student and was the only participant in two of the programs from Bangladesh. During the English Literature Summer School program, he chose two graduate seminars on Shakespeare and Politics: Then and Now, and Modernist Fiction which was continued from 02.07.17 to 21.07.17. On Modernist Fiction Seminar Mr. Islam wrote an article on James Joyce’s Dubliners. After that, he took part in English Language Teachers’ Summer Seminar-2017 from 22.07.17 to 05.08.2017 where he attended workshops on ‘Motivating the Unmotivated’, ‘Imaginative Teaching in the Creative Classroom’, ‘Transformational Leadership through Teaching’, ‘Five Key Skills for Inspirational Teacher Training’. Apart from workshops, there were seminars, lecture sessions, tutorial sessions during both programs. At the end of the programs, participants were awarded with certificates from Oxford University.