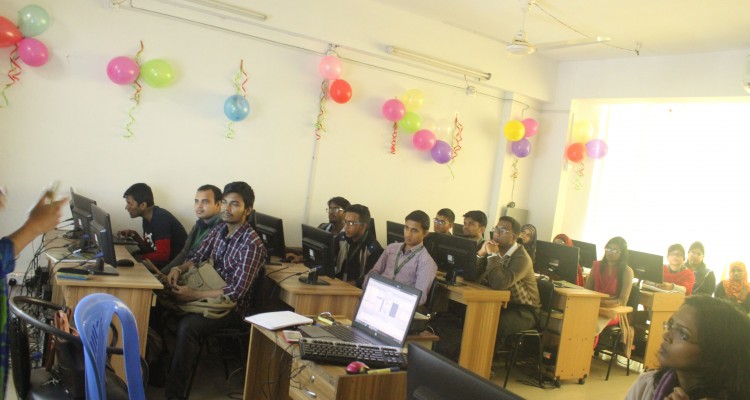 A total number of 35 students has participated in this workshop and was introduced with the creation of an app by the instructors before the question-answering part took place. Later, one of the main instructor Diponkor Talukdar showed the demo creation of a game and highlighted the growing crave of Android Apps and Games in current market and also talked about the future importance of it. There were also a few discussions on gaming engines before the tutoring on creating apps began. The presence of female students was noticeable as well as the highly keen heads among the students. The workshop was a total success and our CSE department has received a number of gratitude for arranging such workshop.