Professor Dr. Md. Kabir Hossain joined as the Vice-Chancellor of Leading University on 15 September 2015.He was received at an auspicious reception ceremony. Danobir Dr. Syed Ragib Ali, Chairman, Board of Trustees of LU was present at the reception programme as the Chief Guest and the Pro-Vice-Chancellor Professor Dr. S. M. Saiful Islam was the Special Guest.

Professor Dr. Md. Kabir Hossain passed his SSC from Peripeti High School and HSC from Comilla Victoria College. He obtained first Division in both SSC and HSC examinations. Being enrolled at Jahangirnagar University in the academic year 1983-84, Dr. Hossain secured the Second Position with a First Class in Statistics. He achieved his PhD in 2001 from the same university and got the Post Doctoral Degree in 2004 from Japan through the JSPS Fellowship. He was promoted to his professorship in 2005 and was promoted to a Professor of Selection Grade in 2015. Professor Dr. Md. Kabir Hossain was born in Adda Gram of Barura Upazilla under Comilla District in 1966. He is the 4th blessed son of Late Ali Azgor and Marium Khanom. Of all his brothers and sisters, three brothers are employed as university teachers.

Professor Dr.Md. Kabir Hossain is the President of Teachers Association of Shahjalal University of Science and Technology, Sylhet. However, Dr. Hossain joined SUST in 1991 as the first Lecturer. During his long 25 years of services, he held the positions of Assistant Proctor, Chairman of the Department, Dean of the Faculty, member of the Academic Council, Member of the Board of Higher Studies, Member of the Syndicate, Member of the Senate, Transport Advisor, Director of Research Centre. 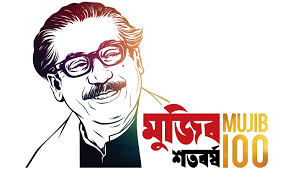